The Bolloré Group manages a portfolio of shareholdings of more than 5.9 billion euros at December 31, 2020.

It owns shareholdings in the communication sector through Vivendi, as well as in Mediobanca and Socfin group. It also owns various agricultural assets.

• 4.3% of Mediobanca, one of the major Italian banks

• 19.3% of Bigben Interactive, one of the European leaders in the design and supply of video game console accessories

• 29.2% of Lagardère, the world’s third-largest book publisher for the general public and educational markets, and the leader in France and the world’s fourth largest travel retail merchant

The Bolloré Group is a shareholder in the Socfin group (39.7%), one of the biggest independent plantation owners in the world.
Socfin manages some 200,000 hectares of plantations (largely oil palm and rubber trees) in Africa and Asia. 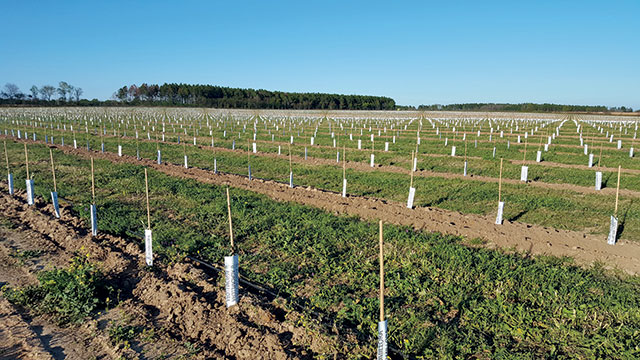 The Group also owns and operates several wine-growing estates in the South of France, in the “Côtes de Provence” appellation region including Domaine de la Croix (area classified) and Domaine de la Bastide Blanche, covering a total area of 242 hectares, 116 hectares of which with wine-growing rights, producing around 650 thousand bottles per year.